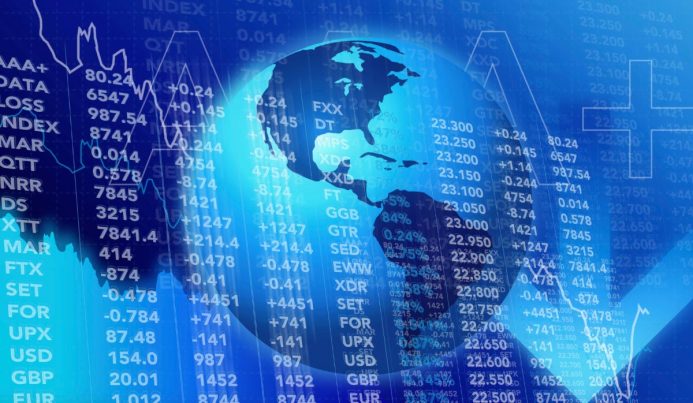 Seven-odd years ago, when the banking crisis in the United States eviscerated global financial markets, central bankers stepped into the breach as last-resort lenders. Risky loans from the private sector were transferred onto the public-sector balance sheet, and unrestrained money printing (called “quantitative easing”) seemed to provide a short-term fix in helping the global economy to at least stabilize.

However, as reported by John Ficenec of the UK’s Telegraph, the fix is rapidly unraveling.

“China to Brazil, the central banks have lost control and at the same time the global economy is grinding to a halt. It is only a matter of time before stock markets collapse under the weight of their lofty expectations and record valuations,” Ficenec wrote August 17.

The signs are increasingly obvious. For instance, he noted, the FTSE (Financial Gains Stock Exchange) 100 has lost all of its gains for the year already, and there are indication that the situation could get much worse:

— In 2008, China was the world economy’s great savior, launching an unprecedented stimulus package that launched a major infrastructure investment boom. The boom caused a massive need for commodities to fuel the construction frenzy, which “dragged along oil- and resource-rich emerging markets,” Ficenec wrote.

Now, however, the Chinese economy has all but stagnated. Economic growth has fallen below 7 percent for the first time in 25 years, according to official state data. That probably means that real growth is much lower.

The People’s Bank of China, that country’s “Fed,” has attempted to implement a number of policies to boost the sagging economy, including cutting the rate of borrowing from 6 percent to 4.85 percent. Choosing to devalue the Chinese currency recently was a policy of last resort and signaled to the rest of the world that the Asian economic giant’s growth is rapidly approaching its end.

“Data for exports showed an 8.9pc slump in July from the same period a year before. Analysts expected exports to fall only 0.3pc, so this was a huge miss,” Ficenec wrote.

In addition, China’s housing market is in abysmal shape, with prices having fallen off sharply following decades of steady, often robust, growth. So, for millions of Chinese whose wealth primarily consists of home equity, times are perilous and unsettling.

— China’s economic slowdown has triggered shock waves that are rippling through commodities markets. The Bloomberg global Commodity Index, which tracks prices for 22 commodities, has fallen to a level not seen since the beginning of the 21st century.

“The oil price is the purest barometer of world growth as it is the fuel that drives nearly all industry and production around the globe,” wrote Ficenec. “Brent crude, the global benchmark for oil, has begun falling once again after a brief rally earlier in the year. It is now hovering above multi-year lows at about $50 per barrel.”

In addition, he notes, benchmark iron ore – an essential raw material that is required to supply China’s steel mills and, as such, a great way to gauge Chinese construction levels – has fallen to $56 per metric ton, or less than half of the $140-per-metric-ton level in January 2014.

— Ficenec says that billions of dollars in loans were raised on world capital markets in order to fund the construction of new mines and more oil exploration, but those endeavors were only profitable at inflated price levels.

But, since oil and metals markets are collapsing, many projects pertaining to them are now money losers. So, the loans raised to finance such projects are slowly sinking, with many already under water – and investors may never realize any returns.

Nowhere has the bottom dropped further than in the US shale oil and gas industry. Falling prices have squeezed finances out of US drilling firms. Also, two of the largest issuers of junk bonds in the past five years – Chesapeake Energy and California Resources – have seen the market values of their bonds disintegrate as panic levels rise in capital markets.

From here, Ficenec says the “dominoes begin to fall” while credit markets roll over creating “interest rate shock” in an “overvalued US market.”

Also, be sure to check out Collapse.news for more breaking news on the ongoing economic collapse.