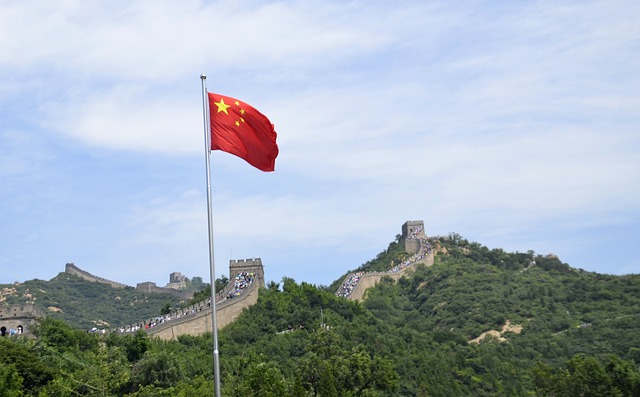 (NaturalSecurity.news) China recently conducted its fifth test of a new hypersonic glide vehicle, a missile that can travel at ultra-high speeds to arrive quickly on target and avoid missile defenses.

As reported by The Washington Free Beacon, the Pentagon calls the missile the Wu-14 hypersonic glide vehicle. The latest test was carried out at the Wuzhai missile test range in the central portion of China. Defense officials familiar with the test deemed it successful, the WFB reported.

Also, American defense officials said the vehicle, which speeds along the edge of the earth’s atmosphere, demonstrated a new capability during the latest test: that it was able to take evasive actions.

U.S. intelligence officials have been tracking the testing and development of the Wu-14 for more than a year and, as such, have obtained valuable insights into the potential weapon.

No further details were provided regarding the maneuvering activities of the Wu-14, WFB reported. That said, the missile’s ability to evade demonstrates that China is likely building it with an aim toward defeating American missile defense capabilities.

Currently, U.S. missile defense systems work by tracking incoming missiles that are traveling in predictable flight patterns and are otherwise unable to radically alter paths in flight. They are currently incapable of countering warheads and vehicles that are maneuverable.

The most recent test is the fifth one for the Wu-14 since June, the WFB reported. The hypersonic vehicle is launched as the last stage of a missile that can reach speeds of around Mach 10, or 10 times the speed of sound – about 7,700 miles per hour. The quickening pace of testing suggests that China has placed a high priority on the weapon’s development. Some analysts say that also indicates that China is close to actually deploying it as well.

“At a minimum this latest test indicates China is likely succeeding in achieving a key design objective: building a warhead capable of withstanding the very high stress of hypersonic maneuvering,” Rick Fisher, a China military expert, told the WFB. “It is likely that the test vehicle will form the basis for a missile launched weapon.”

“The advent of a Chinese hypersonic weapon may pose the greatest early threat to large U.S. Navy ships,” added Fisher, a senior fellow with the International Assessment and Strategy Center. “The best prospect for a defensive response would be to greatly accelerate railgun development.”

In April, the U.S. Navy said it would consider mounting the railgun aboard its new DDG 1000 warship, three of which are currently planned. The service also said it would begin conducting testing of the railgun in the summer of 2016 from on board the USNS Trenton, a Joint High Speed Vessel, service officials said.

As noted by Military.com the electromagnetic railgun uses electrical energy to create a magnetic field and propel a kinetic energy projectile at Mach 7.5 toward a wide range of targets, such as enemy vehicles, or cruise and ballistic missiles.

The guns can fire 10 rounds per minute, and warheads – which are kinetic and contain no explosives – can reach speeds of 5,600 miles per hour. The hyper-velocity projectile can travel at speeds up to 2,000 meters per second, a speed which is about three times that of most existing weapons, the website reported.