Terror attacks with firearms happen much more often in other countries than in the U.S. 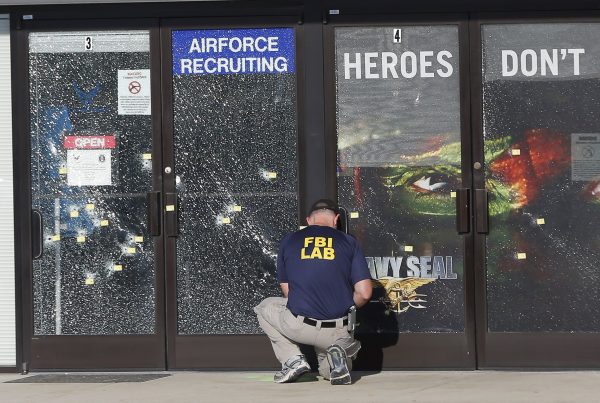 (NationalSecurity.news) In an increasingly globalized world, and especially for a country whose president plays loose and fast with the nation’s immigration laws, there is always a concern about so-called “lone wolf” terrorism – a single person using some sort of weapon to cause mass casualties as quickly as possible.

The weapon of choice for a lone wolf terrorist is most often a firearm, as Americans witnessed recently in Chattanooga, Tennessee, when Mohammad Abdulazeez used a military-look-alike rifle to shoot and kill four Marines and a Navy sailor at a recruiting center, or when a radicalized Islamist Army officer used a handgun to kill 13 and wound 30 at Fort Hood, Texas, in November 2009.

But such attacks in the U.S. are rare, as a new report notes – much more so than attacks in other countries, FierceHomelandSecurity reported Aug. 31.

According to an analysis of the Global Terrorism Database by the National Consortium for the Study of Terrorism and Responses to Terrorism, of the 2,646 terrorist attacks carried out in the U.S. and Puerto Rico from 1970 to 2014, 346 involved guns as the primary weapon.

The authors of the report note that guns are primary weapons in 37 percent of terrorist attacks in other countries.

By a much wider margin – 50 percent – explosives are used more often by terrorists in the U.S., making them the most common weapon of choice. That figure is in line with other nations, where explosives are used 55 percent of the time as the primary weapon.

The use of incendiary devices like arson or Molotov cocktails, however, was far more common in the U.S. than in the rest of the world; they consisted of 30 percent of all attacks compared to just 7 percent, respectively.

The terrorism report also showed that attacks involving firearms are more likely to result in death and are used specifically because the attacker wants to kill as many people as possible. On the other hand, the report noted that explosives have the capacity to create a large number of casualties, while incendiary devices are most often used just to destroy property.

The report also notes where the most attacks in the U.S. have occurred: California is first with 65 attacks; New York follows with 60; Puerto Rico is third with 30 during the time frame. These regions are also where non-firearm attacks were the most common.