As Pentagon dusts off war plans for Russia, planners can’t find one scenario in which the U.S. wins 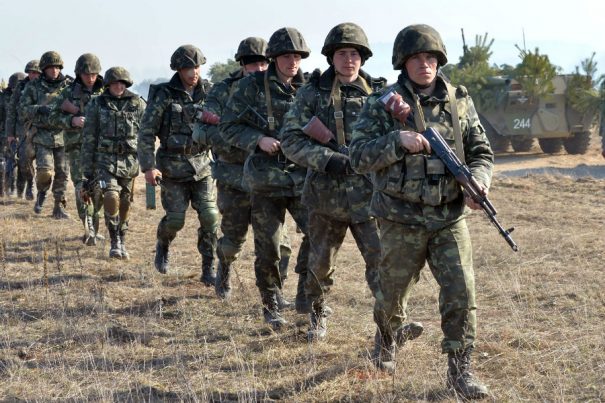 (NationalSecurity.news) A resurgent and aggressive Russia has created new concerns among Pentagon officials, leading them to dust off Cold War-era plans for dealing with Moscow’s improved forces. But when war-gaming long-forgotten scenarios under today’s conditions, Defense Department planners have made a shocking discovery: The U.S. military routinely comes up on the losing end of any conflict with Russian troops, Foreign Policy (FP) reported Monday.

To be sure, the Pentagon is always generating contingency plans for every possible scenario – from armed confrontation with Iran and North Korea to stopping zombie attacks (not a joke). As FP notes, those plans are then ranked and honed depending on priority and probability.

Since the end of the Cold War in 1991, conflict with Russia and former Soviet satellite states dropped off the radar and, for the past two decades essentially sat on a shelf gathering dust.

Now, however, as Russia becomes more active in Eastern Europe and more aggressive in Ukraine and Syria, Pentagon planners have begun revisiting old Cold War scenarios, according to several officials in the State and Defense departments, FP reported. Specifically, those plans are being updated “to reflect a new, post-Crimea-annexation geopolitical reality in which Russia is no longer a potential partner, but a potential threat,” the magazine reported online.

“Given the security environment, given the actions of Russia, it has become apparent that we need to make sure to update the plans that we have in response to any potential aggression against any NATO allies,” one senior defense official familiar with the updated plans said.

“Russia’s invasion of eastern Ukraine made the US dust off its contingency plans,” added Michèle Flournoy, a former undersecretary of defense for policy and co-founder of the Center for a New American Security. “They were pretty out of date.”

According to the senior defense official, the new plans are taking two tracks: One has homed in on what the U.S. could do as part of NATO, if Russia were to launch an offensive against an alliance member; the other looks at what actions the U.S. could take outside the NATO umbrella. But both plans, however, focus on Russian incursions into the Baltic States, as this is the most likely scenario.

In addition, planners are not focusing solely on traditional warfare but on so-called “hybrid” tactics Moscow used to infiltrate and take Crimea – seemingly unaffiliated operatives and forces, manufactured protests and, of course, elements of cyberwarfare.

“They are trying to figure out in what circumstances [the U.S. Defense Department] would respond to a cyberattack,” Julie Smith, who until recently served as the vice president’s deputy national security advisor, told FP. “There’s a lively debate on that going on right now.”

Experts say that is a major departure from Cold War-era planning.

After the fall of the Soviet Union, the West slowly began to integrate Russia into NATO, the alliance initially formed to counter the Soviet-led Warsaw Pact. Indeed, NATO even began absorbing some of the former Warsaw Pact nations. At the same time, the alliance stepped up cooperation and joint training with Moscow. In 1994, Russia signed on to NATO’s “Partnership for Peace” program, and in 1997 Russia signed an agreement of mutual cooperation with the alliance declaring that the two were no longer adversaries. And while Russia at times voiced displeasure with an expanding NATO, from the West – and from Washington, in particular – everything appeared fairly normal. Moscow even cooperated in allowing U.S. and NATO war materiel bound for Afghanistan to pass through a NATO transit point in Ulyanovsk, Russia.

But following Russia’s war with neighboring Georgia in 2008, things began to change. While NATO slightly altered its plans as related to Russia, the Pentagon did not. In the 2010 Quadrennial Defense Review, the Pentagon’s office in charge of force planning – which recommends long-term resource allocation – proposed to then-Secretary of Defense Robert Gates to include contingencies to counter an aggressive Russia, but he refused, FP reported.

“Everyone’s judgment at the time was that Russia is pursuing objectives aligned with ours,” noted David Ochmanek, who, as Deputy Assistant Secretary of Defense for Strategy, ran that office at the time. “Russia’s future looked to be increasingly integrated with the West.”

And Smith, who assisted in devising European and NATO policy at the Pentagon at the time, told FP, “If you asked the military five years ago, ‘Give us a flavor of what you’re thinking about,’ they would’ve said, ‘Terrorism, terrorism, terrorism — and China.’”

Many believed Russia’s response to Georgia was provoked by the latter and more of a one-time thing. But the Crimea and Ukraine – which caught planners off-guard – as well as direct Russian military involvement in Syria, has changed the Pentagon’s thinking.

In June 2014, just one month before leaving his force-planning position at the Pentagon, Air Force officials sought out Ochmanek for insight on the Baltic region and other Russian neighborhoods ahead of President Obama’s visit to Tallinn, Estonia. In addition, the Army sought out an Ochmanek colleague at the Rand Corporation, where Ochmanek also frequented, to run a “table top” war game between a Red (Russia) team and a blue (NATO) team. As FP reports, the scenario was similar to the one that played out in Crimea and Eastern Ukraine: Increased Russian political pressure on Estonia and Latvia (each NATO country sharing borders with Russia and home to sizeable Russian-speaking minorities) followed by the introduction of provocateurs, seizures of government buildings and demonstrations. The question: Would NATO be able to defend those nations?

Check out Cyberwar.news for the latest information on cyber threats

The results were dispiriting. Given the recent reductions in the defense budgets of NATO member countries and American pullback from the region, Ochmanek says the blue team was outnumbered 2-to-1 in terms of manpower, even if all the US and NATO troops stationed in Europe were dispatched to the Baltics — including the 82nd Airborne , [sic] which is supposed to be ready to go on 24 hours’ notice and is based at Fort Bragg, North Carolina.

“We just don’t have those forces in Europe,” Ochmanek said. In addition, he said, the Russians are equipped with what some believe are the world’s best surface-to-air missiles and they don’t hesitate to use heavy artillery.

After eight hours of gaming out various scenarios, “The conclusion was that we are unable to defend the Baltics,” Ochmanek concluded.

What if NATO and the U.S. began making improvements in force structure now — would the results be much different?

“We can defend the capitals, we can present Russia with problems, and we can take away the prospect of a coup de main,” Ochmanek told FP. “But the dynamic remains the same.”

With sequestration-related force cuts that will trim Army troops by 40,000, as well as reductions across the board at the Pentagon, the logistics become even more daunting. Spinning up U.S. battalions and getting them to the war zone would take 30–60 days, and the Russians “can do a lot of damage in that time,” Ochmanek said.

U.S. planners believe that American forces and NATO would eventually take back any territory overrun by Russian forces, but the cost would be high – and the task anything but easy.