Pentagon inching closer to war with Russia as it considers ways to protect U.S.-trained rebels in Syria 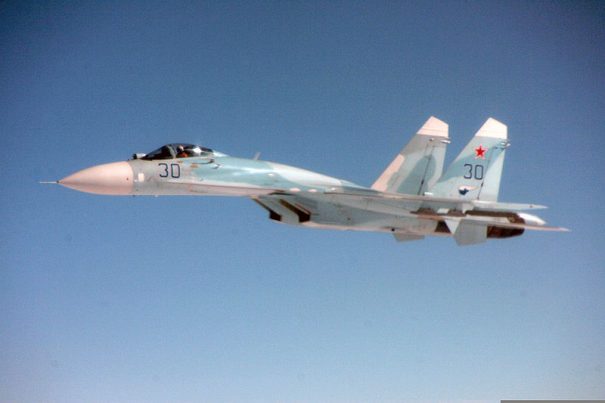 (NationalSecurity.news) Following attacks in recent days by Russian warplanes, Pentagon planners are considering ways to protect U.S.-backed and trained rebels in Syria, including the use of military force, The Associated Press (AP) reported Friday.

Were such an option to be chosen, that would not only represent a major escalation in the Syrian conflict but also risk open war with a major power, analysts noted.

The AP noted that senior U.S. military and defense officials are currently said to be examining thorny legal and foreign policy issues, as well as weighing the risks of using force in response to a Russian attack.

When asked about U.S. options, Defense Secretary Ash Carter declined to discuss specifics. However, the AP notes that U.S. officials have separately acknowledged that these are questions being asked as they consider broader options open to the Obama Administration in response to what White House Press Secretary Josh Earnest described last week as Russia’s “indiscriminate military operations against the Syrian opposition.”

Russian policy towards Syria is primarily aimed at protecting Syrian President Bashar al-Assad, an ally of Moscow, while the Obama Administration’s goal is the removal of Assad from office.

Tensions between Moscow and Washington have increased since Russian warplanes deployed by President Vladimir Putin to shore up Assad’s regime began targeting rebels in airstrikes, including some purportedly aligned with the United States, rather than targeting Islamic State (IS) fighters as Putin publicly pledged last week.

Meanwhile, the AP reported that Turkey’s Foreign Ministry says Ankara and its allies in the U.S.-led coalition are calling on Russia to immediately cease attacks on the Syrian opposition and to focus on fighting Islamic State militants.

Also, a joint statement issued by the U.S., France, Germany, Qatar, Saudi Arabia, Turkey and Britain expressed concern over the Russian military’s actions, saying they would “only fuel more extremism and radicalization.”

On Thursday, the Pentagon had its first face-to-face with Russian officials in a bid to avoid any accidental U.S.–Russian confrontations in the skies over Syria as airstrikes continue.

“A key concern is the prospect of the U.S. and Russia getting drawn into a shooting war in the event that Russian warplanes hit moderate Syrian rebels who have been trained and equipped by the U.S. military,” the AP reported.

Earlier this year, the administration made it clear that rebels trained by American forces would receive U.S. air support in the event the Islamic State or Assad’s government forces targeted them. At present, however, there are few U.S.-aligned fighters currently on the ground in Syria.

That said, the U.S. policy is specific and does not address potential attacks by Russian warplanes. Also, it does not cover Syrian rebels who have not received U.S. military training, even if they are aligned with U.S. interests or fighting IS militants.

Keep up with all the news involving Russia, the U.S. and the Syrian conflict at AlternativeNews.com.