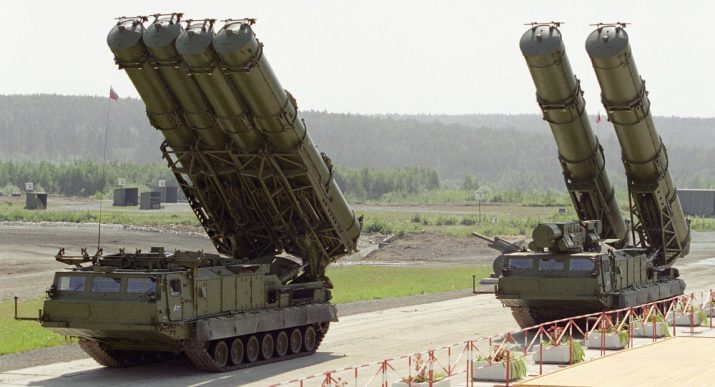 (NationalSecurity.news) Russia’s ‘annexation’ of Crimea now appears to be a fait accompli and America – as well as the Ukraine, for the time being – appear willing to let it happen.

As reported by Reuters, the Russian military is now revamping several Cold War-era military bases that it will use as a sort of strategic defensive ring against naval attack. In addition to revitalizing the former Soviet bases, new ones are also being built:

The missile bunkers that dot the verdant hills along Crimea’s southern coast are known locally as Object 100. Until recently, tourists paid $50 to visit the crumbling and abandoned former Soviet sites, which served during the Cold War as a defence against naval attack from the Black Sea.

Now the bunkers are coming back online. After Russia took control of Crimea from Ukraine in 2014, signs went up in the woods around the sites warning visitors against entering a “forbidden zone of the Russian Ministry of Defence.”  A resident of a nearby village who said he was employed at the base last year said Russian soldiers had re-occupied the sites and blocked roads leading into the area. He was unable to say when the Russian soldiers arrived.

“It is a functioning military base with an anti-ship missile system,” the villager told a Reuters reporter who visited the area in July.

The bunkers are just one small part of a new Russian programme to militarise the Crimean peninsula. Based on recent site observations by Reuters, accounts from locals, media reports and official Russian data, Moscow has reanimated multiple Soviet-built facilities in the region, built new bases and stationed soldiers there.

Meanwhile, NATO is also beefing up military assets in its neck of the woods. Poland and the Baltic States are seeing rises in military preparedness, with NATO in general – led by the U.S. – conducting more drills.

In one way a new cold war may be preferable to many insiders who crave the ‘good ol’ days’ of actually knowing who your enemy was. And in the modern age of terrorism, where practically every Western nation in and out of NATO has a personal stake, cooperation may even be more practical (the Syrian mess aside).

Then again, this new militarism on the part of Russia and NATO can’t really be good, either. The threat of nuclear annihilation was real back in those Cold War days, and now there are even more players, including an advancing (and belligerent China) as well as a nuclear-armed North Korea (and soon Iran, thanks to Obama).