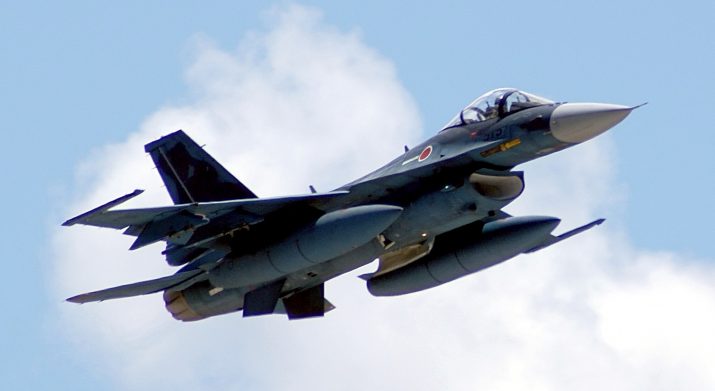 (NationalSecurity.news) Japan has once again scrambled fighter-interceptors in response to a flight by Chinese fighters and bombers through a strategic passage into the Pacific Ocean between Okinawa and Mikyako Island.

Japan’s Air Self-Defense Force scrambled fighters to intercept a pair of Chinese Su-30 fighters and H-6 bombers, Stars and Stripes reported. The Defense Ministry added that the Chinese planes were intercepted Friday, and the flight did not infringe into Japanese territorial airspace. That said, the flight took place through a politically sensitive area.

It was the second such flight since September, when Beijing dispatched at least eight fighters and bombers through the area — apparently to send a message to Tokyo, the Tribune News Service reported, adding:

Friday’s flight involved two H-6 bombers and two intelligence-gathering aircraft that flew northwest over the Pacific Ocean toward the East China Sea, passing through the strait south of Okinawa. The two Su-30 fighters entered the passageway from the opposite direction, making U-turns to link up with the four other aircraft before flying to the East China Sea, the Defense Ministry’s Joint Staff Office said in a news release.

The move came the same day China and Japan held the sixth round of talks on a stalled maritime and air communication protocol intended to prevent accidental clashes between aircraft and vessels. Implementation of the mechanism has been stalled since Japan effectively nationalized the disputed Senkaku Islands in the East China Sea in 2012.

Beijing and Tokyo have blasted each other this year over a number of incidents in the air and sea as tensions continue to boil. This has prompted concern over the prospect of an accidental clash by the two Asian giants. …

China and Japan are involved in a territorial dispute over the Senkakus. Beijing unilaterally declared an air defense identification zone over the East China Sea in 2013, and its coast guard vessels frequently face off around the Japan-administered islands, which are claimed as Diaoyu by China and Tiaoyutai by Taiwan.

One of the most pressing foreign policy issues facing the incoming Trump administration is figuring out how best to ease tensions that have been steadily rising between China and Japan, historic rivals. China has become much more aggressive in recent years after updating and upgrading its forces in response to rising economic growth. China now holds the world’s No. 2 economy, behind the U.S. and ahead of Japan, which is No. 3.