Fact-less Leftists now arguing that Trump is angering terrorists by trying to keep them out of America… HUH? 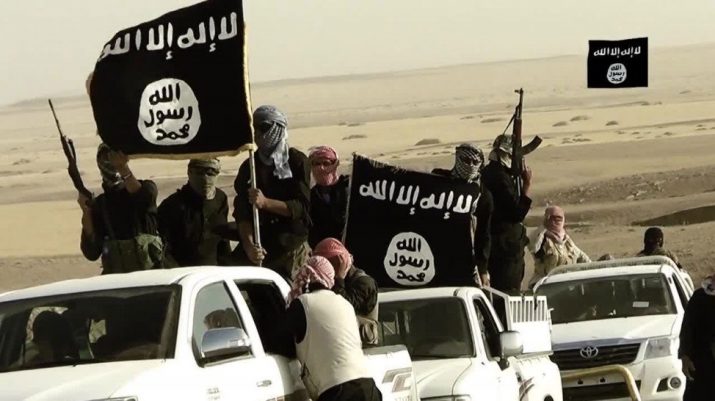 For eight, long years we heard President Barack Obama, the biggest enemy Israel has had in a long time, and his Alt-Left administration lecture us about how we couldn’t do anything policy-wise to upset the terrorist-sponsoring Middle East, because to do so would only create more terrorism.

Much of this nonsense was echoed dutifully by the discredited establishment media, which is essentially a propaganda organ for the Democratic Party. And today, now that President Donald J. Trump has brought an aggressive new attitude into the White House when it comes to ensuring that he keeps Americans as safe as possible (like he promised on the campaign trail) that same left-wing media is attempting to convince Americans that Trump’s actions are fueling more terrorism, because, you know, protecting Americans ticks off people and drives them to political violence. (RELATED: We have threats to our country, foreign and domestic – learn about them at Terrorism.news)

Here are some classic examples.

From Time, in a piece titled, “Yes, Donald Trump is Making Terrorism More Likely. Here’s How:”

Counterterrorism experts warn that Trump’s them-against-us approach both encourages extremists and makes it harder to detect their plots, by discouraging cooperation from moderate Muslims. The likely result is a dangerously escalating cycle of attacks and reactions that fuel more attacks.

Right. It’s the attitude of putting Americans first above Islamic fanatics that is really fueling more terrorism. “Experts” say so.

More, from New York Magazine, in a piece titled, “Trump is Already Recruiting Terrorists for ISIS:”

If it were correct that Muslim anger with the United States has reached its maximal threshold, then there would be no danger in further antagonism. But that is not remotely true. About three-quarters of Muslims worldwide, and four-fifths of Muslims in the United States, believe suicide bombing in defense of their religion is never justified. Trump will make Muslims across the world believe that the United States discriminates against them, is torturing people, and (if they take Trump’s own comments seriously, which they might) could already be stealing its oil.

Right. So Muslims (a) don’t understand the concept of protecting their own first, and (b) will turn themselves into suicide bombers and truck-driving terrorists because of “discrimination.”

The stupidity of these claims – made not from serious study and examination of what motivates another to terrorism but purely to discredit Trump – is mind-boggling. There are a lot of things that motivate people to terrorism; as The Atlantic reports, even experts don’t really know because the reasons are much more complex that “Trump is a racist/bigot/discriminator.” Per the magazine’s web site:

There are as many answers to this question as there are terrorist groups, and everyone from clerics to caustic cab drivers seems to have a confident opinion on the subject, as though the interior world of terrorists can be easily mined and mapped. But this confidence is often misplaced, given how little scholars actually know about terrorism and the people who are involved in it.

First and foremost, the act of terrorism is one of political violence; terrorism is not used to get back at a “discriminating” president, it is used to advance one group’s political agenda, by means of violence.

The magazine goes on to expose the fallaciousness of this Left-liberal thinking on the issue. Academically, foreign policy wonks and geopolitical thinkers are taught that historical crimes and injustices by the West – led by the imperialism of the United States – is what motivates otherwise sane people to blow themselves up and sacrifice their own children for same. (RELATED: Is America on the brink of social revolution? Find out at Collapse.news)

And while the invasion of some Islamic countries by the U.S., in response to terrorist attacks on our own soil, would definitely motivate some native to those countries to take up arms against the invading force, that is much different that claiming a president’s “discrimination” (which it isn’t in the first place) is the driving factor behind someone deciding to strap on a suicide vest.

The fact is, we just don’t know what motivates people to commit atrocious acts of terrorism. There are no definite answers, only lots of theories.

One thing that can be said about certain foreign policy, as has been proven through the ages: Strength commands respect; weakness commands nothing. And Trump’s administration will not portray America on the global stage as weak anymore, of that you can be certain. Terrorists and terrorist-sponsoring countries are on notice.