Did Cuba attack America? Evidence points to a mysterious attack using a sci-fi weapon system that projects voices into the skulls of victims 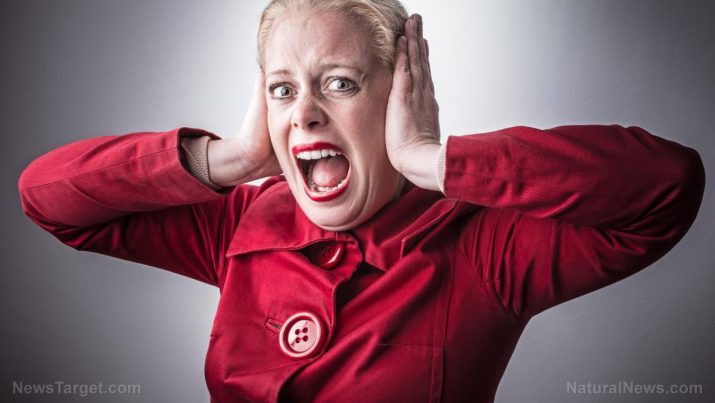 A strange phenomenon is occurring in the communist country of Cuba, where diplomats from the United States, Canada, and elsewhere are all reporting strange, yet similar, health problems related to their hearing and brain function. At first it was thought to be merely a coincidence, but because dozens of foreigners working in Cuba are now reporting similar symptoms, officials in Washington, D.C. suspect that the Cuban government might be to blame.

Though it has yet to be definitively proven, federal authorities suspect that bigwigs in Havana might be using secret sonic weapons technologies to target foreign officials, mainly from the U.S., as part of covert acts of aggression against America. Nearly all of the victims say they hear strange sounds like ringing, “scraping,” and high-pitched “chirping” in their heads, similar to those made by crickets and cicadas. Such sounds often come in minute-long bursts, the diplomats claim, and are sometimes so severe that they are unable to get their work done.

In one case, a diplomat claims to have been woken up suddenly from sleep by what the DailyMail Online describes as “a grinding, blaring cacophony.” When this individual moved just a few feet across the room, the noise reportedly stopped. But when he returned to his bed, so did the noise, an experience that he described to doctors as feeling as though he had “walked through some invisible wall cutting straight down the middle of his room.”

These and other strange occurrences have been reported by many others also working in Cuba, with symptoms ranging from nose bleeds, nausea, dizziness, and severe headaches. In more extreme cases, symptoms have included permanent hearing and memory loss, as well as mild brain damage. And what makes U.S. authorities believe that something specific to Cuba is to blame is that, when these diplomats leave the country, the noises and their symptoms all disappear.

The kerfuffle over what might be the cause of these reported symptoms – coincidence or covert weapons attack – is putting increasing strain on the relationship between the U.S. and Cuba. After a 50-year hiatus of healthy relations between the two countries, the U.S. embassy in Cuba was finally reopened in 2015, only to have this unusual set of circumstances emerge to set things back to what they were prior.

The Trump administration has taken an aggressive stance with regards to the matter; the President’s Secretary of State, Rex Tillerson, having recently stated that he is considering once again closing the U.S. embassy in Havana. Some U.S. senators are pushing for the removal of Cuban diplomats from the U.S. as well, with other countries like France considering similar actions.

Thus far, investigations by the Federal Bureau of Investigation (FBI), the CIA, the U.S. State Department, and even the Canadian Mounties have turned up no evidence of foul play by the Cuban government. But this has not stopped the U.S. from talking up a big game against Cuba and threatening to revert back to Cold War-era relations with the island country off the coast of Florida. It should also be noted that the U.S. was caught using weather weapons against Cuba to ruin the country’s sugar crops, so it isn’t exactly an innocent victim here.

“It could be new technology that has had a side-effect that no one expected,” says Vince Houghton, an intelligence expert who says that even Russia could be responsible for the attacks as part of some kind of campaign of intimidation. “On the other hand, it could have been designed to harass and make people feel uncomfortable.”