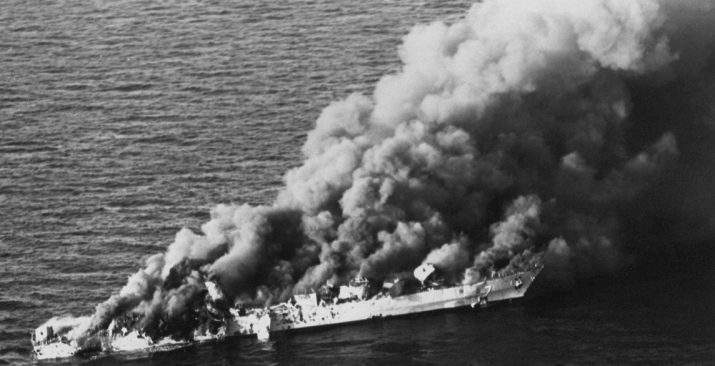 (NationalSecurity.news) Someone might want to alert the Iranians to who James “Mad Dog” Mattis is before they pop off with another ridiculous ‘threat’ against the United States. He’s the former Marine four-star general who kicked major ass in Fallujah in Iraq in 2004, and who once famously said that “shooting some people is fun” and who is now being considered for the post of defense secretary in the Trump administration, provided he can get a congressional waiver to accept it.

Ignorance of who Mattis is and why Trump would choose an old-school warrior like him to be SecDef is the only reason why Iran’s “supreme leader,” Ayatollah Ali Khamenei, would be dumb enough to threaten “retaliation” if Congress passes, and Obama signs, a 10-year Iran sanctions measure before it expires at the end of this year.

Extending U.S. sanctions on Iran for 10 years would breach the Iranian nuclear agreement, Iran Supreme Leader Ayatollah Khamenei said on Wednesday, warning that Tehran would retaliate if the sanctions are approved.

“The current U.S. government has breached the nuclear deal in many occasions,” Khamenei said, addressing a gathering of members of the Revolutionary Guards, according to his website.

“The latest is extension of sanctions for 10 years, that if it happens, would surely be against JCPOA, and the Islamic Republic would definitely react to it.”

Iran has foolishly been led to believe that it is powerful enough to stand up to the U.S. military because Commander-in-Chief Obama has permitted and enabled the Islamic republic’s belligerence. Once upon a time, a president named Reagan thumped the ayatollah’s head when Tehran mined an American warship in the Persian Gulf.

”We’ve taken this action to make certain the Iranians have no illusions about the cost of irresponsible behavior,” President Reagan said today. ”We aim to deter Iranian aggression, not provoke it. They must know that we will protect our ships, and if they threaten us, they’ll pay a price,” he added.’

Trump said during the campaign that he would “rip up” the bad Iranian nuclear deal, something that is also likely to ruffle Iranian feathers.

But let them be forewarned. “The U.S. military is quite capable of giving our enemies their longest day and their worst day if ordered to do so,” Mattis said recently.

If the Iranians think that Mattis – or Trump, for that matter – is in any mood to put up with capturing our sailors and holding them for 48 hours, feigning attacks on our warships or other such nonsense, they are sorely mistaken and, in true Reaganesque fashion, will learn a hard lesson about the differences between a president who apologizes and one who acts.