Hold on: Top U.S. spy officials have NOT embraced the CIA’s assessment that Russia aimed to help Trump win election 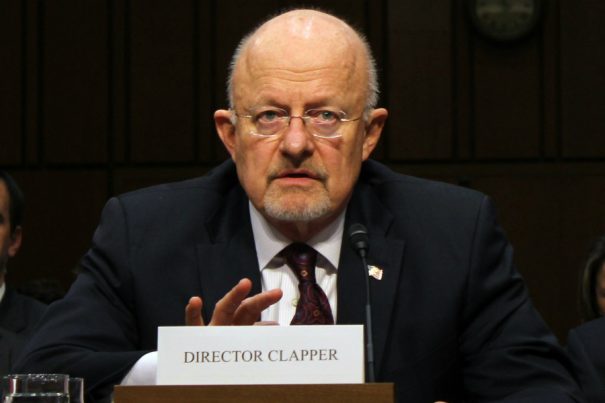 (NationalSecurity.news) In an exclusive report today, Reuters dropped a bombshell that needs to be echoed far and wide by the alternative media because it won’t get much play at all in the so-called “mainstream media”: Namely, top U.S. spy officials do not agree with the CIA’s assessment Russia tried to disrupt the presidential election in favor of President-elect Donald J. Trump.

Here’s the crux of the report:

The overseers of the U.S. intelligence community have not embraced a CIA assessment that Russian cyber attacks were aimed at helping Republican President-elect Donald Trump win the 2016 election, three American officials said on Monday.

While the Office of the Director of National Intelligence (ODNI) does not dispute the CIA’s analysis of Russian hacking operations, it has not endorsed their assessment because of a lack of conclusive evidence that Moscow intended to boost Trump over Democratic opponent Hillary Clinton, said the officials, who declined to be named.

The position of the ODNI, which oversees the 17 agency-strong U.S. intelligence community, could give Trump fresh ammunition to dispute the CIA assessment, which he rejected as “ridiculous” in weekend remarks, and press his assertion that no evidence implicates Russia in the cyber attacks.

Trump’s rejection of the CIA’s judgment marks the latest in a string of disputes over Russia’s international conduct that have erupted between the president-elect and the intelligence community he will soon command.

An ODNI spokesman declined to comment on the issue.

“ODNI is not arguing that the agency (CIA) is wrong, only that they can’t prove intent,” said one of the three U.S. officials. “Of course they can’t, absent agents in on the decision-making in Moscow.”

The Federal Bureau of Investigation, whose evidentiary standards require it to make cases that can stand up in court, declined to accept the CIA’s analysis – a deductive assessment of the available intelligence – for the same reason, the three officials said.

The ODNI, headed by James Clapper, was established after the Sept. 11, 2001, attacks on the recommendation of the commission that investigated the attacks. The commission, which identified major intelligence failures, recommended the office’s creation to improve coordination among U.S. intelligence agencies.

While this may not be an outright rejection of the CIA’s assessment, it certainly is not a ringing endorsement, either. What must be understood is that Clapper has been put in a very precarious position; he cannot be seen as being political or divisive. While he does not have much operational control over the FBI (which belongs to the Justice Department), he does have operational control over the production of intelligence, no matter which agency it comes from. And now, suddenly, he has two separate intelligence-producing agencies at odds over the assessment of one of those agencies, so he’s got to walk a thin line.

At the same time, he has to protect the integrity of the entire U.S. intelligence community, and that appears to be what he is attempting to do. After being put in a precarious position, Clapper seems to be aware that there are political elements at play, here, and he is treating them accordingly.

Trump will use whatever he can to refute any attempt to undermine the legitimacy of his victory over Hillary Clinton, and frankly, the entire narrative of “the Russians helped Trump win” seems very politically motivated. But understand that Clapper’s refusal to simply go along with the “assessment” of a cadre of CIA analysts who may have political motivations for what they’re doing is not to aid the president-elect or give him political ammunition. Rather, it is purely an effort to protect the integrity of the 17 intelligence agencies and apparatuses he oversees.